Jamia Millia Islamia University, a public central university in New Delhi was established at Aligarh in the United Provinces, present-day Uttar Pradesh during the British Raj in 1920. It is one of the most renowned universities in the region. Here is more information on it.

Jamia then shifted from Aligarh to Karol Bagh in New Delhi in 1925. Finally, on 1st March 1935, the construction of the new campus Okhla started. In 1936, most of the institutions of Jamia shifted to the new campus. Jamia was recognized as a national institution that offered progressive education and Indian nationalism to students from all communities, especially Muslims. The emergence of the institute was supported by Mahatma Gandhi and Rabindranath Tagore who thought that Jamia could educate thousands of students, based on a shared culture and worldview. Jamia was given the deemed status by University Grants Commission in 1962 and it became a Central University on 26 December 1988.

Jamia Millia Islamia University is located in Jamia Nagar, Okhla. Its campus area measures to be built on 216 acres of land. Jamia has eight faculties, several schools of learning and centres for research. It joined the green campaign and installed 2,250-kilowatt solar panels on the campus. The campus is also famous for its Nawab Mansoor Ali Khan Pataudi Sports Complex which has hosted many important sports events in the past. The campus also has an art gallery named after the famous Indian painter M. F. Hussain.

Jamia Millia Islamia has the following faculties under which it offers academic and extension programs:

It was established in 1989. It started offering the integrated 5 Years B.A., LL. B (Hons.) course for UG students from 2002, along with the three-year LL.B. course. It also offers specialized courses for postgraduate students and Ph.D. programs.

Faculty of Engineering and Technology

The Faculty of Engineering and Technology (FET) was established in 1985. The only departments at that time were the Civil, Mechanical and Electrical Engineering departments. Departments of Electronics & Communication Engineering, Applied Sciences & Humanities, Computer Engineering and Aeronautics and the University Polytechnic degree (1996) are the new additions to FET.

Faculty of Architecture and Ekistics

The Department of Architecture offers the following programs:

Faculty of Humanities and Languages

It has the following seven departments:

It consists of the following nine departments:

It provides quality training and education to aspiring teachers through the two departments of:

Anwar Jamal Kidwai, the then vice-chancellor of Jamia Millia Islamia established the Mass Communication Research Centre in 1982. Jamia is today famously known mostly for the mass communication courses it offers.

Centre for Nanoscience and Nanotechnology (CNN)

This centre aims to promote forefront basic and applied research in the fields of nanoscience and nanotechnology, with potential applications towards fulfilling national strategic needs. It mostly focuses on nano-fabrication and nano-device, nano-materials and nano-structures, nano-biotechnology and nano-medicine, nano-structure characterization and measurements.

Jamia Millia Islamia is also involved in imparting education from nursery to senior secondary level. The following are the schools at Jamia:

Jamia Millia Islamia University follows a common admission process for all the programs it provides. The admission to most of its undergraduate courses such as BA, B.Com., BBA, B.Sc., BA-L.L.B, BHM, BPT, BFA, BTTM, and B.Ed. are based on the scores that the candidates secure in the JMI Entrance Test and an interview followed by it.

For admission into courses like B.Tech and B.Arch, the college admits candidates on the basis of their ranks in JEE Main; and for courses like BDS, a candidate has to qualify the NEET UG examination. Similarly, the admissions for postgraduate programs such as MA, M.Sc., M.Com., L.L.M, MFA, M.Ed., MPT, M.Tech, MBA, MCA, and M.Arch. are based on the entrance test conducted by JMI, which is followed by an interview.

Admissions into the M.Phil. and Ph.D. programs are based on the JMI conducted written examination and an interview that follows. However, candidates who already qualified CSIR NET/UGC NET/GATE/SLET or M.Phil. passed candidates, applying for admissions into the Ph.D. programs need to appear in the interview round only. JMI also offers Self-Financed, Evening, Part-Time with Distance Education courses (Centre of Distance & Open Learning (CODL)) in various streams.

The central library of the University is known as the Dr. Zakir Husain Library. It has more than 400,000 books, microfilms, periodicals volumes, manuscripts, and rare books. The library is accessible to all the bonafide students of Jamia.

Jamia has always been a hub for many notable events and social activities. Several competitions are regularly organized on-campus which makes sure that the students are getting an opportunity to express themselves and learn apart from the course study.

There are several students’ clubs and societies at the institute like Literary Club, Drama Club, Debate Club, Enactus, E-cell, Placement Cell, NCC, NSS and many others which responsibly participate in conducting various activities throughout the year and look after students’ welfare.

Jamia has 11 hostels, out of which 7 are for the male students and 4 for the female students. The hostels differ from each other in accommodation capacity. Due to the unbalanced ratio between the number of hostel seats and the number of students at the institute, there is usually high competition for getting one. The students have to apply separately for the hostel and go through a different procedure of verification to be qualified to get a seat. The hostels are provided with well-equipped furniture and all sorts of facilities for the students.

Jamia ranked 13th among the 23 Indian institutions that were featured in the QS Ranking 2020. JMI stood at the 4th position among the Indian universities that featured in the ranking. In 2019, the QS World University Rankings ranked it 177th in Asia.

Jamia provides several scholarship programs for its students. Some of which are:

The amount of scholarship under this scheme amounts to INR 10,000 or the amount of gross annual fee, as decided on the basis of certain requisites. The scholarship is given for one academic year, which is extended to the subsequent years if the student secures an average of 60% marks in the examination and bears good personal conduct.

The Training and Placement Cell at Jamia looks after the placement sessions for students of all undergraduate and postgraduate programs every year. Around 450 job offers are made by over 100 companies every year. The highest salary package offered has been INR 18 LPA. Some of the top recruiting companies associated with the institute include BYJU’S, ITC Limited, FedEx, UrbanClap, Oyo, Hindustan Times, Honda, Sharekhan, HCL, Axis Bank, Swiggy, NEWGEN, Zomato, Eicher, Chegg and many others. 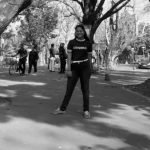 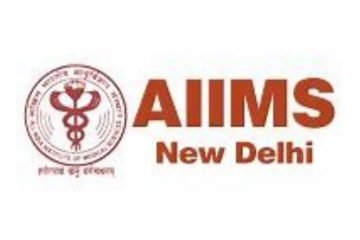 Reading Time: 4 minutes Humans always try to live their life for as long as they can. Doctors play an important part in this. In order to make such doctors available, we need good institutes that provide excellent education Read more…

Reading Time: 3 minutes Today India is developing at an extremely fast pace. In order to do so, we need experts in various fields. Fields such as architecture and technology are essential to help us develop. Experts in these Read more… 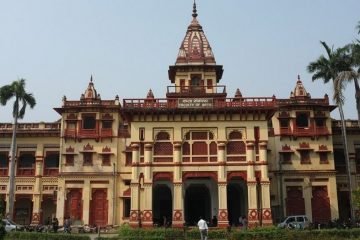 Reading Time: 13 minutes Banaras Hindu University is a public university at Varanasi, Uttar Pradesh. Madan Mohan Malviya started the institute along with Annie Besant in the year 1916. It ranks as one of the best universities in India Read more…