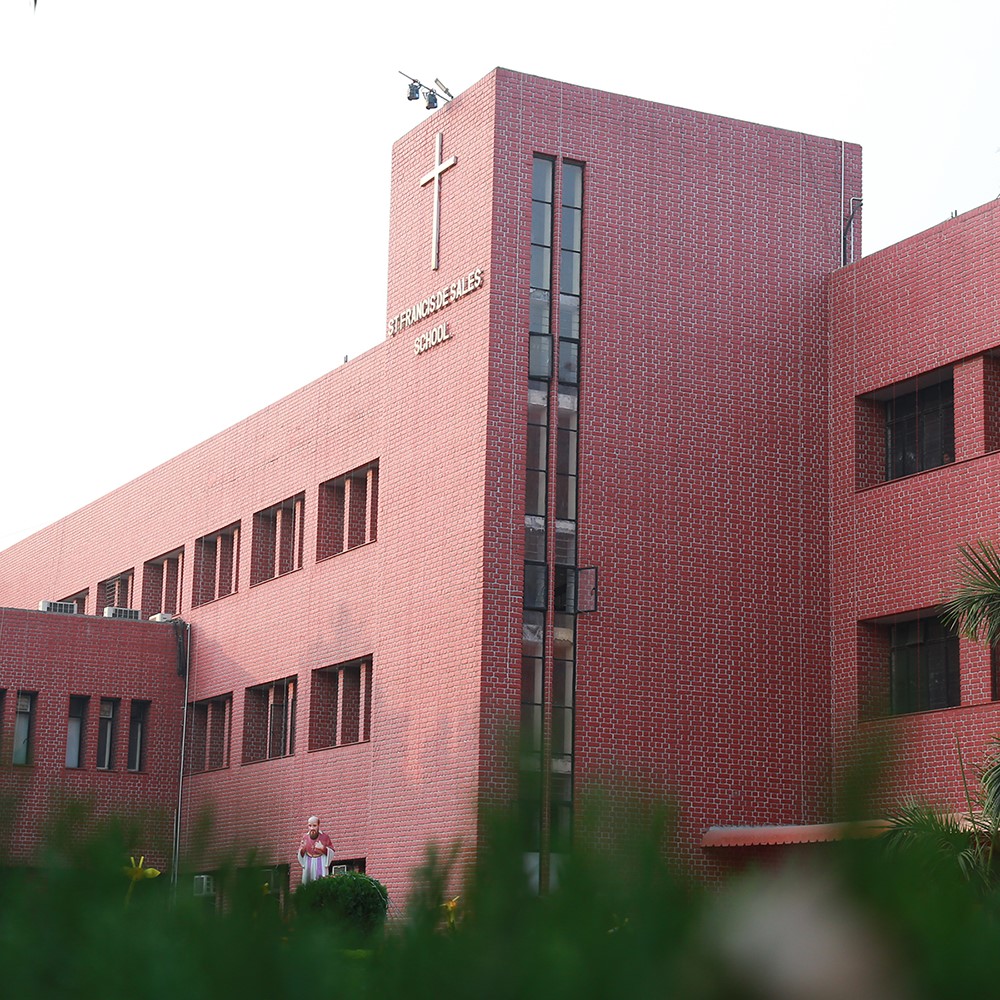 St. Francis de sales School, Founded by Fr. Thomas Thoomkuzhy was established on 10th April 1978. The foundation stone for the building was laid on 9/7/1977 by Hon Shri Sikandar Bhakt, the then Union Minister for Works and Housing. The foundation stone was blessed by his Excellaency Rt. Rev. Dr. Luciano Storero the then Apostolic Pronuncio to india.

St. Francis de Sales Senior Secondary School is an unaided recognized Christian minority private institution affiliated to the Central Board of Secondary Education. As a catholic school, we are working not only for the intellectual, cultural and physical development of our children from the earliest stages but also for the formation of character by inculcating sound moral principles.

The dynamic guidance has been provided by the pillars of strength

The Congregation of Fransalians a body of Priests and brothers was founded at Annecy in France. The motherhouse of Fransalians is still at Annecy. Fr. Peter Marie Mermier (1790-1862) founded the congregation of missionaries of St. Francis de Sales (MSFS) in 1838 to bring about the renewal of Christian life, to evangelise people and to educate the youth. Since then, the congregation has been engaged in three main forms of apostolate Parish mission, foreign mission and the education of the young. The first batch of MSFS landed in Pondicherry on 8th September 1845. The congregation entrusted the vicariate of Visakhapatnam to MSFS on 2nd May 1848. It became a Province in 1965 and Nagpur was bifurcated and made into another province in the same year, ie. 1965. The confreres in France and Switzerland were directly under the Superior General till 1959. It became a region in 1960 and a province in 1965 similarly England and Brazil also became Province in 1965. East Africa became Province in 1996. Pune Province was carved out of erst while Maharashtra, Goa Province in 1996. Thus the congregation became empowered and has today 9 Major Provinces, and 4 effective missions

In India all Schools that have classes upto Xth or XIIth have to be affiliated to atleast one board of education. St. Francis De Sales School, New Delhi is affiliated to the the following boards: CBSE.