21st of January, is the feast day of the patroness of our School. It is fitting to recall to mind the spiritual beauty of this young saint.

During the early days of Christianity, the Roman Empire had become corrupt and harsh. Those who stood for everything that was right, good and pure were scoffed at, and often persecuted. In particular, the Christians were singled out for all kinds of punishment and death. In this atmosphere of decadence a flower bloomed. A young, pure and beautiful girl, Agnes by name, grew up, surrounded by the love and spiritual care of her family. Agnes vowed to be always true and pure. She pledged herself to God. The son of the Prefect of Rome, was attracted by her beauty and wished to marry her. But he was, like many other Roman youth of that day, cruel, selfish and dissolute. Agnes wanted to devote her life to Christ, and refused his offer of marriage.

In order to force her to accept his hand in marriage, the Prefect’s son denounced her to his father, that she was a Christian. The Roman authorities tried to violate her purity, but an angel of the Lord preserved her from shame. She was next condemned to die through burning, but the flames would not consume her body. Finally, the Prefect gave orders that Agnes should be beheaded. Bravely and with her eyes full of love for her Celestial Bridegroom, Agnes met her death.

Her fidelity to her aim in life, her purity and courage should be shining examples to children of a school, named after her.

In India all Schools that have classes upto Xth or XIIth have to be affiliated to atleast one board of education. St. Agnes Loreto School, Lucknow is affiliated to the the following boards: ICSE.

No, St. Agnes Loreto School, Lucknow is not co-educational. 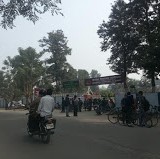 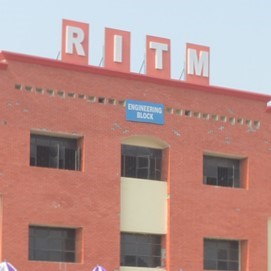 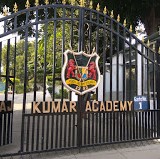