CMS MUN: Experiencing the biggest MUN of the season

Sometimes, we need a break from our routine life. It is not because we find it torturous (some may disagree) but to clear our mind and start afresh when we get back. For me, spending two days in a new place, observing people and articulating my observations in the form of articles and poems is almost like rebirth. Maybe that is why, on Saturday, July 27, I found myself standing at the entrance of City Montessori School, LDA Branch, my bag hanging from my shoulders and my phone gripped tightly in my hand, looking at the huge banner, which said, “CMS MUN 2019.”

The Opening Ceremony was unexpectedly interesting since the performances were closely related to the concept of MUN. Once the ceremony concluded, I headed to my committee hub, which was in the gallery of the auditorium. When I entered the gallery, I was shocked to see so many reporters and had a fleeting thought to flee. I tried to calm my racing pulse, and scanned the crowd. But it was useless to evaluate who would be a good writer, as everyone seemed to be wearing a poker face. Just as I forced myself to sit down, the Editor-in-Chief began her address.

The directive of the EiC in this IP came to me as a surprise, since I had never done two out of the three assignments she assigned us. Syeda ma’am (the EiC) gave us a deadline of 6:30 pm to submit an Opinion Article. But before that, at 4 pm, she wanted a ‘verbal’ committee report. Now, this was something new. Syeda Ma’am also used an unconventional random way in which the committees were assigned to us. I was quite pleased to get the Academic Congress.

I spent the next three hours in the committee room of the Academic Congress, with a sumptuous lunch break in between. The delegates discussed the various means of attaining freedom from the British. It was a historic committee, so Gandhi, Netaji, Nehru and Bhagat Singh were amongst the many freedom fighters present. I managed to write the matter for my verbal report (after discarding innumerable drafts) and headed straight for the gallery. When Syeda ma’am asked us to start, I volunteered to be the first speaker. I was happy to note that she nodded approvingly after I presented my report. I saw many co-reporters struggling with their reports since their committees were not very happening, and I silently thanked God for being kind to me.

Thereafter, I started working on my Opinion Article, which was due in 2 hours. I went back to the committee room of the Academic Congress, as I really liked listening to delegates giving speeches; it felt like the freedom fighters had come to life from history books. As a result, I spent more time than I should have in the committee room, and by the time I started writing my article, it was already 5:30. I spent the next 30 minutes typing furiously. It was only after I pressed the ‘Send’ button, that I stopped to breathe properly.

What I really enjoy about Stand-Up Comedy is that the presenters manage to hit their targets in a subtle manner and talk about things most people shy away from. Having only seen these acts online, it was an amazing experience watching a live stand-up comedy show at CMS. Nishant Suri, winner of last year’s Comicstaan, was the man of the moment. A renowned DJ was the next performer. As I am not much of a dancer, I stood guard over my friends’ belongings, while they danced to the foot-tapping scores. Later, as we made our way towards dinner, I remember feeling pleased with myself, for having survived Day One without making a fool of myself. Hence, I ate dinner like a winner.

I reached home at about 8:30 pm, far beyond my normal curfew, and slept like the dead. Got up next morning at 6 am, and armoured myself for Day 2.

There was only one assignment for the second day: a press conference. I had prepared many questions for Mahatma Gandhi, Sarojini Naidu, Aga Khan and Netaji. Syeda ma’am asked us to come to her, committee by committee, for the review of questions and selection of the best ones. Luckily, my committee was reviewed first and our Press Conference was fixed for 12 pm.

When we reached the Academic Congress room, the Executive Board asked us to take ‘their’ seats. We were actually seated at a platform above the delegates and it was pretty cool. The delegates seemed nervous. They hadn’t realised that the reporters had been observing them the previous day to shortlist candidates for questions. Since only nine questions were asked the conference lasted for about 10 minutes, but it was still fun, so much so that I decided to be an observer for conferences at the other committees. I won’t bore you with the minute details but few questions actually rendered the delegates speechless. When the US delegate was asked whether US would use Libya’s situation to their advantage (Historic NATO), the other delegates tapped their desk, which is the MUN equivalent for clapping. While I spent most of my time in conferences, I went back to the gallery for a while and looked at the various caricatures submitted by the caricaturists. Before I knew it, our committee concluded and we had to move to the Auditorium for the Closing Ceremony.

The first half of the ceremony went by in speeches by various dignitaries. Neel Madhav, a famous mentalist, illusionist and TedEx speaker, took the stage and showcased the art of illusion and used psychology to deduce facts. Then, the moment of truth arrived: Award Ceremony. To my astonishment, the first committee announced was International Press. My heart was in my throat and I couldn’t breathe properly. Syeda ma’am started with Best Reporter and when she said my name… I felt ringing in my ears. I seriously do not know what actually happened between my getting up to receive the award to my coming back to my seat. My face broke into a goofy grin as I sat down. The next forty five minutes passed by, with people getting awards and the audience bursting into applause. When my best friend received Special Mention, I actually hooted.

As I sat in my car (riding shotgun, obviously), I smiled to myself, whispering, “Well, that was a weekend well-spent.” 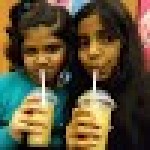 Hina Naela is a student at G. D. Goenka Public School, Lucknow. She's one of our most talented student writers and a frequent member of International Press at various MUNs throughout the city.
Her work has been published in a variety of newspapers like The Times of India, Hindustan Times, etc.

Hina Naela is a student at G. D. Goenka Public School, Lucknow. She's one of our most talented student writers and a frequent member of International Press at various MUNs throughout the city. Her work has been published in a variety of newspapers like The Times of India, Hindustan Times, etc. 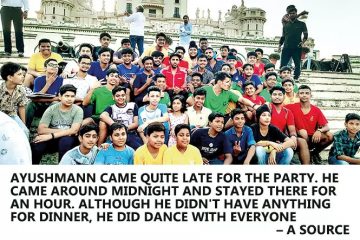 Reading Time: 2 minutes Lucknow is one of the most lively cities in the country. The city of Nawabs has its own unique culture and a vibe that can’t be replicated anywhere else. It’s no surprise then that the Read more…