UPSC stands for Union Public Service Commission. It appoints various officers for posts like IAS (Indian Administrative Service), IRS (Indian Revenue Service), IFS (Indian Foreign Service), IPS (Indian Police Service), etc. The UPSC has 24 services under it and conducts the Civil Service Exam (CSE) for recruitment to these posts. The exam and the service are popularly known as IAS or IAS Exam. It is one of the most reputed government jobs in India. Civil Service Officers work for the Government and have various constitutional powers with them. They get various benefits like high salaries, government perks, power, social standing and reputation. Each year millions of students appear for the Civil Service Examination in India. It is the administrative bone and actual working hand behind the Government and its policies.

There are numerous posts or ranks available under Civil Services which get decided based on the overall ranking. The significant positions under civil services are IAS, IFS, IPS and IRS. They get allocated to the top rankers according to their desired choices. The job and details of these positions of civil service officers are as follows-

The job or role of an Indian Police Service (IPS) Officer involves the maintenance of law and order in his/her assigned area. One of the most famous IPS of all times is Kiran Bedi. She is one of the most reputed IPS officers in India and the First woman appointed to this post.

An Indian Foreign Service (IFS) Officer handles the foreign relations of India with the other counties. They get appointed as the ambassadors or diplomats to other countries. Each foreign country has an Indian Embassy, where these IFS officers lead the diplomatic ties with the states. They play a crucial part in international relations, policies, trade partnerships, maintaining relationships and various other diplomatic functions.

An Indian Revenue Service (IRS) officer oversees the functioning of the Revenue departments under the Government like the Income Tax Department, Goods and Sales Tax (GST) Department and other revenue related departments and functions.

Benefits of a UPSC job

Becoming an IAS or IPS officer is undoubtedly every parent dream for their child. There are multiple reasons to choose these jobs. A few of the significant benefits and reason for choosing include-

Becoming a civil servant comes with a vast deal of responsibility, but so is the power associated with it. An IAS is one of the most influential people in any district who have the responsibility to look after the entire region and guide each administrative action that takes place.

Civil Service employees have protection and power derived from the constitution of India. It is one of the most reputed and high posts in the Indian Government. A civil service officer or IAS gets high salaries, power, police security and various other perks like housing, free electricity, free units of petrol, driver, etc. that are beyond the perks of an ordinary 9-5 job.

A civil service officer gets a high salary and considerable job security. The civil servants hold their office at the pleasure of the President so cannot be removed easily. They are the working hand of the government administration with the power to administrate and look after all the functions. Civil Service officers get many government perks as well.

Civil Services has immense social status, standing and reputation attached to it. Each year lacs of students give the CSE to become an officer. It is the most prestigious and reputed government job in India.

Civil service officers like those working in the IAS, IPS, IRS are the essential hand of Government, foreseeing various functions like administration, law and order; revenue, foreign relations, the security of the state, etc. They have the vast power and responsibility to conduct the day-to-day working of a district, to bring changes and advancement in their area; and handle the operation of a given area or field.

IAS officers are the mind behind the ministers. They are the brainchild of all the new policies to be introduced in a country or a state. They handle and formulate new strategies for areas like agriculture, textile, education to the sophisticated technology sector and business industry, all the sectors.

The officer’s lifestyle is one of the biggest reasons for students’ interest in civil services. They are the most sophisticated and valued white collar officer jobs in India. The lifestyle of an officer is different from the lives of ordinary men. An officer enjoys government perks, social respect, lavish lifestyle, power over various government department and many other luxuries; making it one of the most desired jobs in India.

It includes the following subjects-

It includes the following subjects-

It is also known this as CSAT Paper- Civil Service Aptitude Paper.

(The candidate can choose their optional paper from the list of 25 subjects and 22 languages given by the UPSC.)

The interview is the last round of the Union Public Service Commission exam. It is a face-to-face process to assess a candidate’s potential understanding, commitment to society and various other skills he or she possesses. The interview is of 275 marks.

After all these exams mentioned above, the ultimate marks scored are taken, and UPSC prepares a rank sheet. The candidates get selected and allotted their cadres/ service based on their ranks. The top rankers get the positions of IAS, IFS, IPS, IRS, etc. in the order of their desired choice.

The Union Public Service Commission gives the eligibility criteria for IAS and various other posts of civil service examinations.

The current eligibility criteria for UPSC CSE is as follows-

Graduation from any University or educational institution under the Central Legislature, State Legislature or deemed as a university under the University Grants Commission Act, 1956

The minimum age criteria for CSE is 21 years on 1st August of the given year, and the maximum age is 32 years for general category. The maximum age for OBC Non-Creamy Layer is 35 years, Sc/ST is 37 years, PH General is 42 years, PH OBC is 45 years, and PH SC/ ST is 47 years.

The number of attempts is six for general category, nine attempts for OBC and unlimited attempts till 37 years of age for SC/ ST category.

Further details, notices, updates and information regarding the UPSC Civil Service Examination is provided on the official UPSC website- https://www.upsc.gov.in/

Books Recommended for the UPSC Exam

When is the Notification and exam date for Civil Service Preliminary exam released?

The notification for the Civil Service Preliminary Exam comes in February, and the exam takes place in June every year. The dates are subject to change by the UPSC.

When is the Notification and exam date for Civil Service Mains exam released?

The UPSC Civil Service Main Exam notification comes in August, and the exam takes place in October. Dates are subject to change by the UPSC from time to time.

Are UPSC and CSE the same thing?

No, UPSC and CSE are not the same. UPSC is the body that conducts and manages the civil services and civil service examinations. CSE is the exam conducted for recruitment of civil service officers.

Can anyone sit for the Civil Service Preliminary and Mains Exam?

The highest post in civil service is IAS, IFS and IPS. The candidate gets their service allotted based on marks obtained in the CSE Mains Exam and Interview.

What happens after selection through CSE?

After the recruitment of officer by UPSC through the CSE, the IAS recruits undergo training at Lal Bahadur Shastri Academy of Administration (LBSNAA) in Mussoorie, Uttrakhand for two years.

Are there any coaching or guidance classes available?

I am a law student at New Law College, Pune. Reading books, sports and learning new languages are a few of my interests. I am inspired by various cultures around the world and like reading about them.

I am a law student at New Law College, Pune. Reading books, sports and learning new languages are a few of my interests. I am inspired by various cultures around the world and like reading about them. 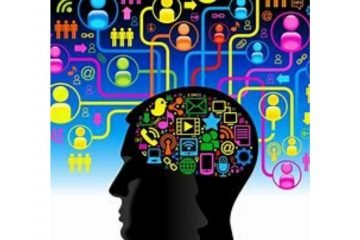 Quarantine Learning for Students and Parents

Reading Time: 4 minutes The current pandemic situation has led to a tough time for both parents and children. Everyday activities and learning at school have come to a standstill. Yet, instead of sitting idle getting bored and wasting Read more… 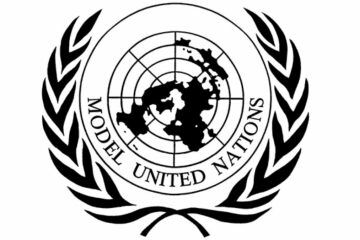 Reading Time: 6 minutes What are MUNs? Model United Nations started in the U.S. somewhere around 1950. In India, MUNs gained popularity in the early 2000s and institutions in all the states started organising MUNs around 10-15 years ago. Read more…

Reading Time: 7 minutes Model United Nations is an educational simulation of the United Nations which allows the students to role play as the delegates of various countries and try to solve real worldwide issues. For example, a student Read more…