The Art of Efficient Learning and Memory

The world has grown tremendously competitive over some time. Children have to enter this race from a very early and tender age, with being aware of it. Though initially, the concept of learning was more about acquiring knowledge and skills, with time, learning became more theoretical. But retaining this theoretical knowledge can be even more difficult. On average, during the initial stage of childhood, that is, schooling, children require more amount of memory capacity than an average adult, as they are taught a new set of knowledge on a regular basis. An effective and efficient memory is the trick to cope up with the fast-moving world for school-going children, in order to learn and retain quickly.

The complexity of learning the techniques of effective memory and learning can vary from child to child. There is no necessity of having a photographic memory, some tips and tricks can be used to learn and memorize effectively. Starting with exams, or learning any new skill, adopting a few techniques to learn the topic thoroughly is necessary. Training the brain is one of the things that come under the memorization technique. But before we go any further let’s take a look at this concept scientifically, which is tested, suggested, and used by the lexicon schools one of the top CBSE schools in Pune. The human brain is quite similar to the computer CPU, let’s de-segmentize the complete process of memory function in a simple way, and bring it down to three simple steps.

The next part of the process is to store and retain the information. In the first step, the information is encoded into small parts and bits for better storing. Here short term and long-term connections are built, via the neurons in the brain. There are two kinds of memory, Short-term and Long-term memory.

It is also known as working memory, wherein the information is stored for a short period of time. This is the time when the brain has to decide upon either transmitting the information to the storage unit or deleting that information.

It is basically an extended time period that can last from days to years in matters of memory storage. Short-term memory transfers the permanent information to long-term memory.

Both the memories are at their strongest in a student and can weaken with time and age.

The final or last step is to retrieve and recall all the gathered information in a correct manner. Recalling the stored information will help to strengthen memory retainment, leading to better connections and good memory storage.

Now that the working of memory and learning is clear and how it goes hand-in-hand, here are some techniques that students can use to learn appropriately and effectively retain what they have learned.

This technique is used to retain and expand memory especially for students. Different kinds of visual and audio aids are used to store information correctly. Various kinds of mnemonics techniques can be used by students, such as:

The memory route is a technique that can be formulated and examined like a map. Under this technique, a student can relate a specific place to a specific piece of information. It is forming an animation about the pinpoint to remember and placing them on relatable places such as a house, school, birthplace, and many such. This technique requires a good amount of imagination, as the first step is to imagine a starting point and formulate a route. The next step is to pinpoint the information in a correct hierarchy to the appropriate place. The last step is to remember the route and voila, the information would be successfully retained.

This is one of the most successful techniques that has been used by hundreds of students. The perception technique comes under the everyday memory technique as it can be performed anywhere and anytime. To execute this technique, one must use visual aids to remember a certain piece of information. The master key to remember anything is to visualize that information, especially when something is particular such as a name or a date, or a number. In this case, a student can use the technique of perception, wherein, he or she can relate the particular date or name to a sound or image. Another method would be to visualize the information in an animated way, like a cartoon. The third way to use the perception technique is to use all of the senses of the brain to retain the information, as the brain uses the sensory organs first to encode and decode the information, hence using as many as senses possible can help to retain the information for a longer period of time.

With the ongoing situation of covid-19, the educational system has stepped into the online working formats, wherein students now are more comfortable to type than writing. Well, typing does not help to remember appropriately, whereas writing down on a paper is considered to be more effective when it comes to remembering whatever has been learned. Writing activates the reticular activating system, which results in the brain paying more attention to what has been written. This is quite the opposite to when something is typed, as the brain is not much active with every letter that is being typed. Also, when a note is written down, it is described in its own words, where when notes are typed, they are not written but instead transcribed. Writing down helps to create mind maps, leading to better learning and retainment.

When a piece of information is stored in the brain, it is important to brush it up every once in a while. Retaining facts can be difficult to remember as they are subjective, but if one has a practice of recalling the information within timely intervals, the fact can be remembered for a long time. This method is also called spaced repetition. The process starts with short intervals such as a two to three days gap between recalling information, and gradually increasing this gap until the information is well-remembered. Physical flashcards can be used to repetitively remember a particular piece of information.

It is important to unload the excess information which is not useful. Even though the memory storage of the human brain is incredible and tremendously huge, like one single neuron can store millions of megabytes of information and can hold onto it until the last time. But every memory has a junk part, which requires timely filtration. Every day lot of information is being stored in the brain unknowingly, in order to avoid this, a student can practice the filtration method, wherein he or she can focus on particular information and recall it leading to offloading the extra unnecessary information. Offloading the additional information can also mean sharing that segment of information, to someone who requires it. The best way to retain some information is by sharing it, teaching it, or explaining it. This can also be a way to build a relationship with other fellow mates.

Other than the technical technique, lifestyle also plays an important role when it comes to mastering the art of effective memory and learning. First, have a routine, which will include some sort of exercise or movement. The next thing in line would be food; munching onto junk shouldn’t be a habit. Instead, a clean and planned diet with balance could do wonders and sleep for 6-8 hours of the sleep cycle can help rejuvenate the memory on a daily basis. Always remember to be consistent with practising these techniques, and with time, the art of effective learning and memory shall be conquered. 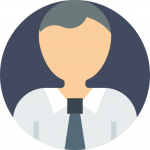 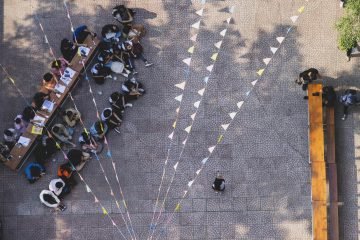 Reading Time: 3 minutes The 21st century generation, known in the technological cosmos as Gen Z is a clan that seeps in everything that is computerized. Whether you talk about grabbing bytes of news headlines on the news websites Read more… 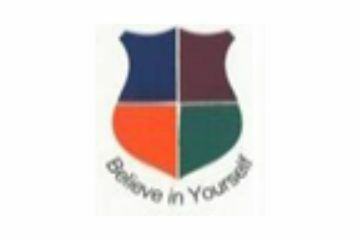 Importance Of Quality Time With Children

Reading Time: 3 minutes In the whole world, the most awaited and beautiful moment for a mother is the first sight of her newborn and the first cry of her baby. Children are considered the most precious and valuable Read more… 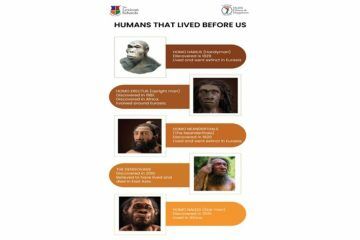